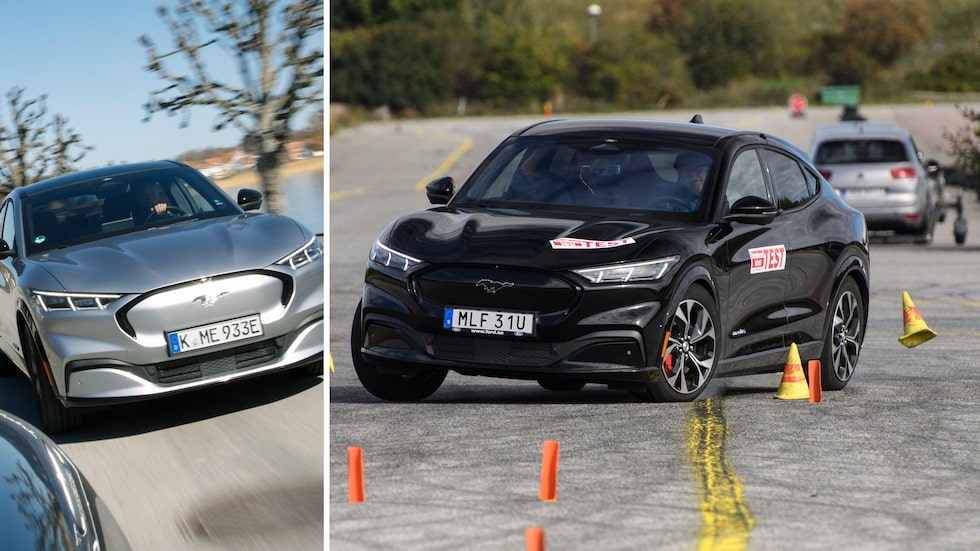 Ford confirms to Teknikens Värld – Mustang Mach-E will be fixed!

Ämnen i artikeln:  Ford Ford Mustang Mach-E moose test In English
An update to the Mustang Mach-E's ESC system is underway. This after german ADAC repeated Teknikens Värld's test results in the moose test where the Mach-E failed.

In Teknikens Värld's first test of the Ford Mustang Mach-E AWD Long Range, published in issue 22/2021, Ford's new electric car underperformed alarmingly in our evasive maneuver test – also called the moose test. It quickly became clear to us that the ESC system did not work at all enough to give the heavy car a safe behavior in a panic maneuver. The summary comment regarding the moose test result in Teknikens Värld 22/2021 was, and is, extremely clear: ”This is far from an approved behavior of a modern car in 2021 and you only need to look at Hyundai Ioniq 5 and Tesla Model Y to see how far behind the Ford is.”

German ADAC (according to Wikipedia, Europe's largest car owners' organization with 21 million members) has since we performed our tests done similar tests, with similar results. All according to their article, published on November 11 this year. Ford responded by announcing changes to the ESC system.

This is now confirmed by Jay Ward, Director, Product Communications, Ford of Europe.

– I can confirm that we have made amendments to the ESC settings on the Ford Mustang Mach-E, says Jay Ward.

When will these changes reach production?
– This is already in production for all new vehicles, says Jay Ward.

Will Ford update already sold vehicles? If that's the case, how will that update be put into place? Do the customers need to go to a workshop, or is this an OTA update?
– The update will also be retrofitted to all existing cars, initially with a trip to the dealer and then also available as an over the air update in the next few months, says Jay Ward.

The update is extremely welcome, but Teknikens Värld’s final verdict will have to wait until we have tested the updated version. Exactly when that can take place is not all clear at the moment. Firstly, a car must be made available, but what's worse – we need dry asphalt. Unfortunately a rare thing in Sweden in late november. But we will get back to the matter as soon as possible.

– Confirming now that the update will be available from dealers from early December and available as an over the air update in the early part of the New Year, says Jay Ward to Teknikens Värld.

Furthermore, it is now clear that Teknikens Värld will be able to test the same Ford Mustang Mach-E as previously tested, but with updated ESC software, as soon as the car returns to Sweden and the weather permits tests.

This article is also available in Swedish